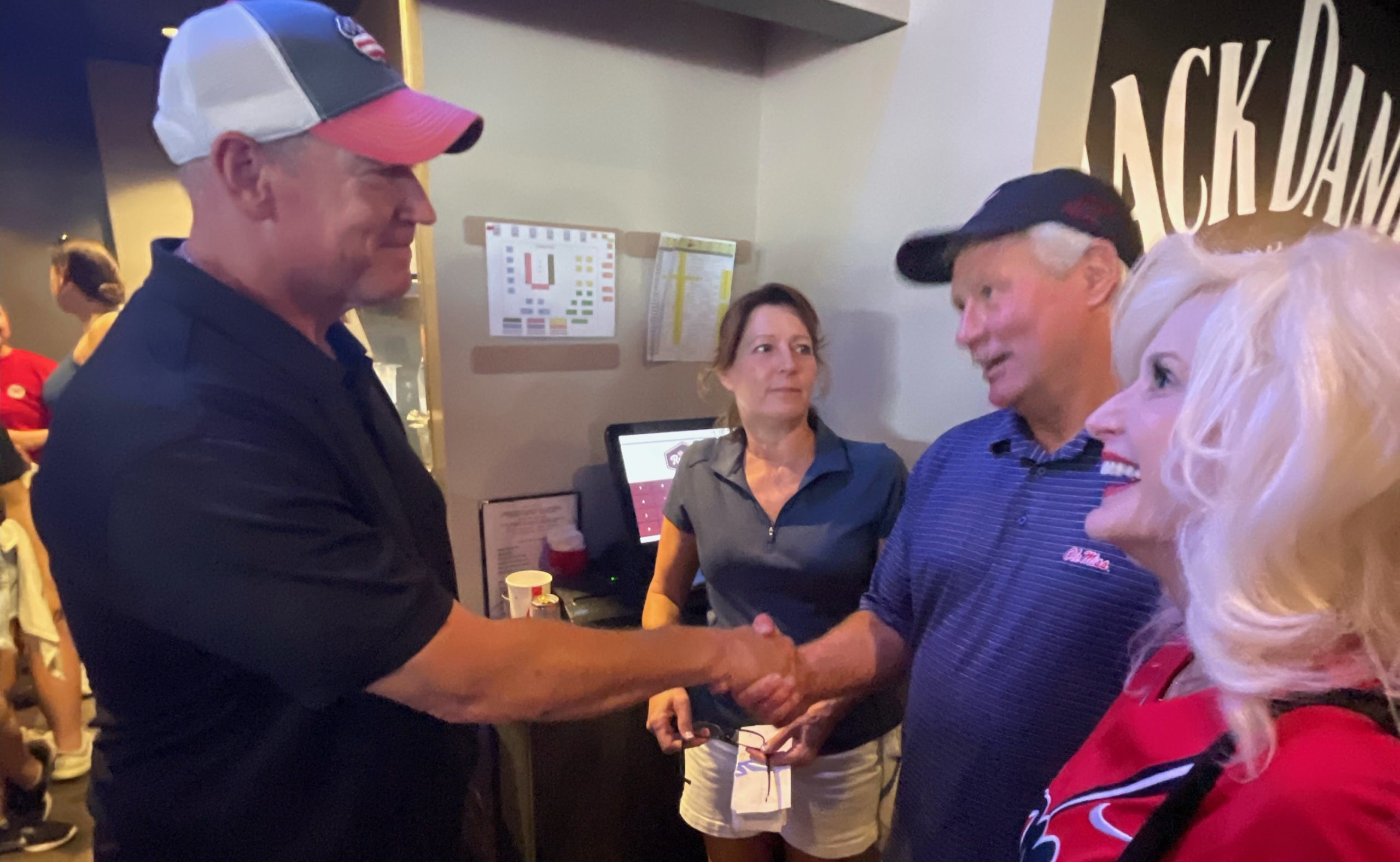 When University of Mississippi baseball players won the College World Series in June, they indirectly scored a gift that will help feed their fellow students.

Fans from all eight CWS teams who traveled to Omaha, Nebraska, for the tournament participated in the Jello Shot Challenge, a simultaneous baseball fan competition happening just steps away from Charles Schwab Field at Rocco’s Pizza & Cantina. In stepping up to the challenge, Rebel fans out-purchased all others, and Ole Miss was named the 2022 champion of the contest.

Grateful for this unanticipated response by Ole Miss fans, Rocco’s donated $37,554 to support the Ole Miss Grove Grocery on the Oxford campus. One of Rocco’s suppliers, SLRRRP, also made a gift, bringing the total to $46,614.

“Food is a basic necessity, and it’s heartbreaking to think that many students have to sacrifice meals just to afford rent, textbooks, et cetera,” said Tina Truong, Grove Grocery’s student director. “No one should have to continuously endure this, so we do anything and everything we can to alleviate these burdens.”

The gift will enable Grove Grocery to keep the pantry stocked and potentially offer expanded resources for the community, improving its mission to help provide food and meals to students who face food insecurity.

“Honestly, it feels surreal,” Truong said. “We weren’t expecting the donation, especially one of that size, so it was a really great surprise. I’m incredibly thankful for Rocco’s, SLRRRP and the Ole Miss community.”

Rocco’s owner Kevin Culjat said he did not anticipate that fans would start buying in bulk for the thousands of patrons there for 10 days of College World Series games. Many who couldn’t make the trip to Omaha even participated in the challenge by sending their friends money through Venmo.

After witnessing the extraordinary appeal of the challenge, Culjat decided to find a way to give back. Discovering the university’s food pantry on the UM website, he and his wife Bonnie declared that for every item bought by an Ole Miss fan, $2 would be donated to the Grove Grocery.

He sees his gift as a way to thank those who participated in the challenge.

“They were very, very generous with what they tipped, and they took good care of the staff,” Culjat said. “It was a win-win-win for everybody. I think they had a wonderful time. My staff made a lot of money, and my wife and I got to donate a lot to charity.” To make a gift to UM’s Grove Grocery, visit give.olemiss.edu.

By Makayla Steede/UM School of Journalism and New Media