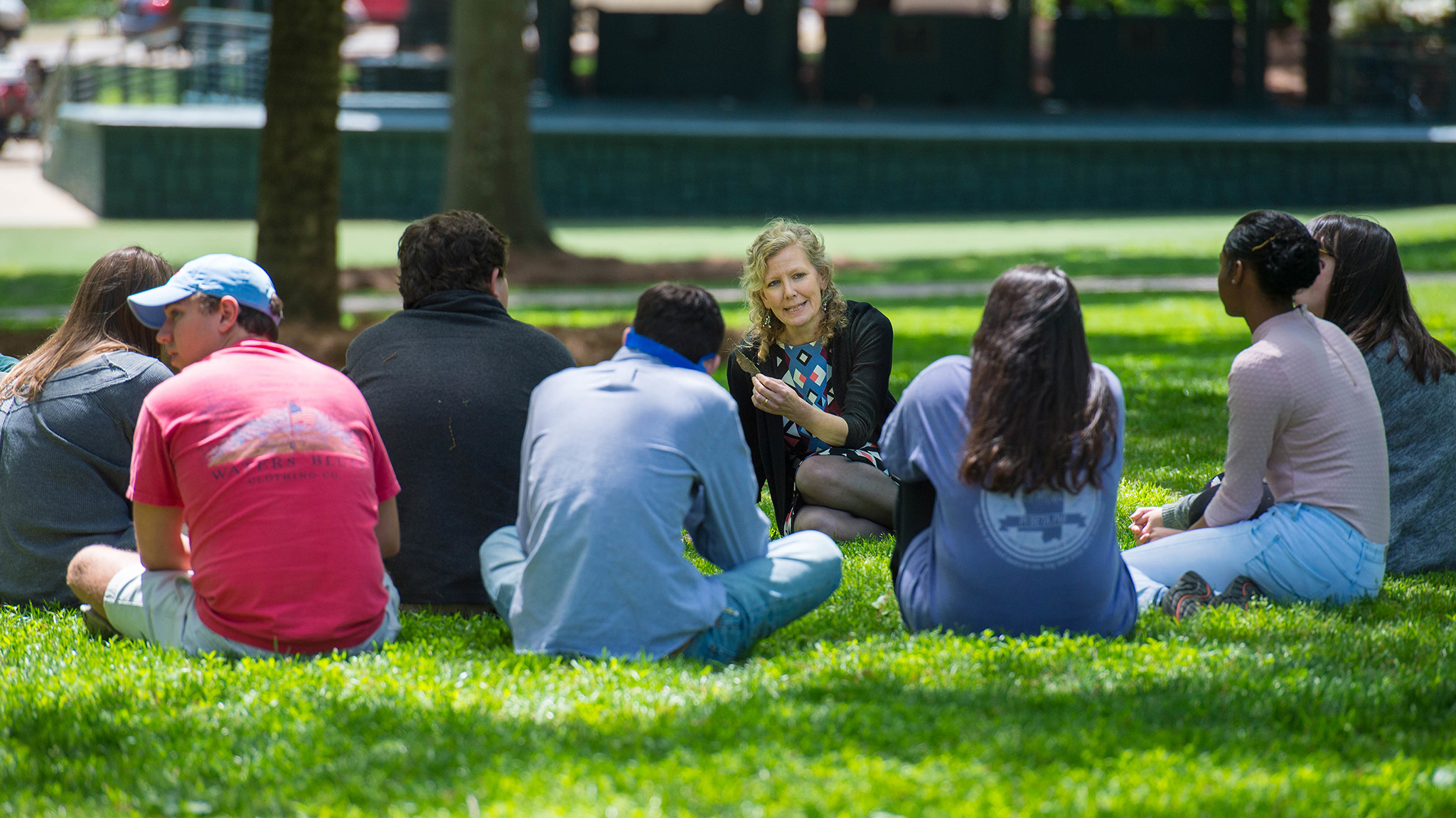 A Christmas present opened by Nannette Holcomb Comer, of Fulton, has the power to make dreams a reality for countless University of Mississippi students.

The gift from Comer’s daughter, Karen Comer Matthews, of Memphis, Tennessee, will help students seeking graduate-level degrees within the College of Liberal Arts while also serving as a tribute to her mother.

Matthews made a $50,000 gift to the university to establish the Nannette Holcomb Comer English Scholarship Endowment. The purpose of the endowment is to honor in perpetuity the life and legacy of Matthews’ mother, while providing income to support qualified graduate students.

“Scholarships open a world of transformational educational opportunities to many of our students,” said Lee Cohen, UM liberal arts dean. “This generous support enables our Department of English to be more competitive in recruiting our most highly ranked graduate applicants, who may choose to go to another university that offers higher stipends.”

Matthews, a 1985 UM School of Engineering graduate, is president and CEO of Delta Health Alliance, a nonprofit, community-based organization that funds and operates 40 health care and education initiatives in 38 Mississippi Delta counties.

“I was astounded,” she said. “It took me a few minutes before I could understand that this was really happening. It was a total, complete surprise. Karen can come up with some surprises! She is amazing.”

Comer hopes the gift will be valuable to students who may not otherwise have the opportunity to attain an advanced degree.

“Getting an education is expensive, and it took all of our time and energy,” Comer said. “When I was in the graduate program, I was so overwhelmed with the work I had and the amount of reading that was required. If students have a heavy course load along with financial responsibilities that they can’t meet, pursuing a graduate degree is just doubly hard.

“It would be a pleasure to me to help students who maybe couldn’t have gone to graduate school otherwise, who couldn’t have furthered their education or earned a degree without some help.”

Recipients of the Comer Scholarship will be full-time graduate students in the College of Liberal Arts majoring in English and residents of Mississippi, or legacies of UM alumni.

“It was lovely to work with Mrs. Matthews in creating an everlasting gift for her mother,” said Caroline Hourin, development officer for the College of Liberal Arts. “Of course, as a retired educator, Mrs. Comer was aware of one of the greatest needs in higher education.

“Graduate student support allows for us to compete with other institutions in recruiting the best and brightest, subsequently impacting the quality of engagement with our faculty and undergraduate students.”

In 2008 and 2009, Matthews made gifts to the university’s Campaign for Engineering as a tribute to her father, Carl C. Comer, a Fulton resident who earned a bachelor’s degree in science and a master’s degree in chemistry from UM in 1960 and 1965, respectively. The School of Engineering honored Matthews’ gifts and her father’s legacy in 2010 by dedicating an auditorium as the Carl C. Comer Auditorium.

“We’re an Ole Miss family,” Matthews said at the time. “We never considered ourselves just students, alumni or fans. Ole Miss is just more a part of us, and we’re a part of it – like home.”

The Nannette Holcomb Comer English Scholarship Endowment is open to support from organizations and individuals. Gifts can be made by sending a check, with the fund’s name noted on the memo line, to the University of Mississippi Foundation, 406 University Ave., Oxford, MS 38655, or by giving online at https://give.olemiss.edu.

For more information about supporting the College of Liberal Arts, contact Caroline Hourin, development associate, at cehourin@olemiss.edu or 662-915-6385.