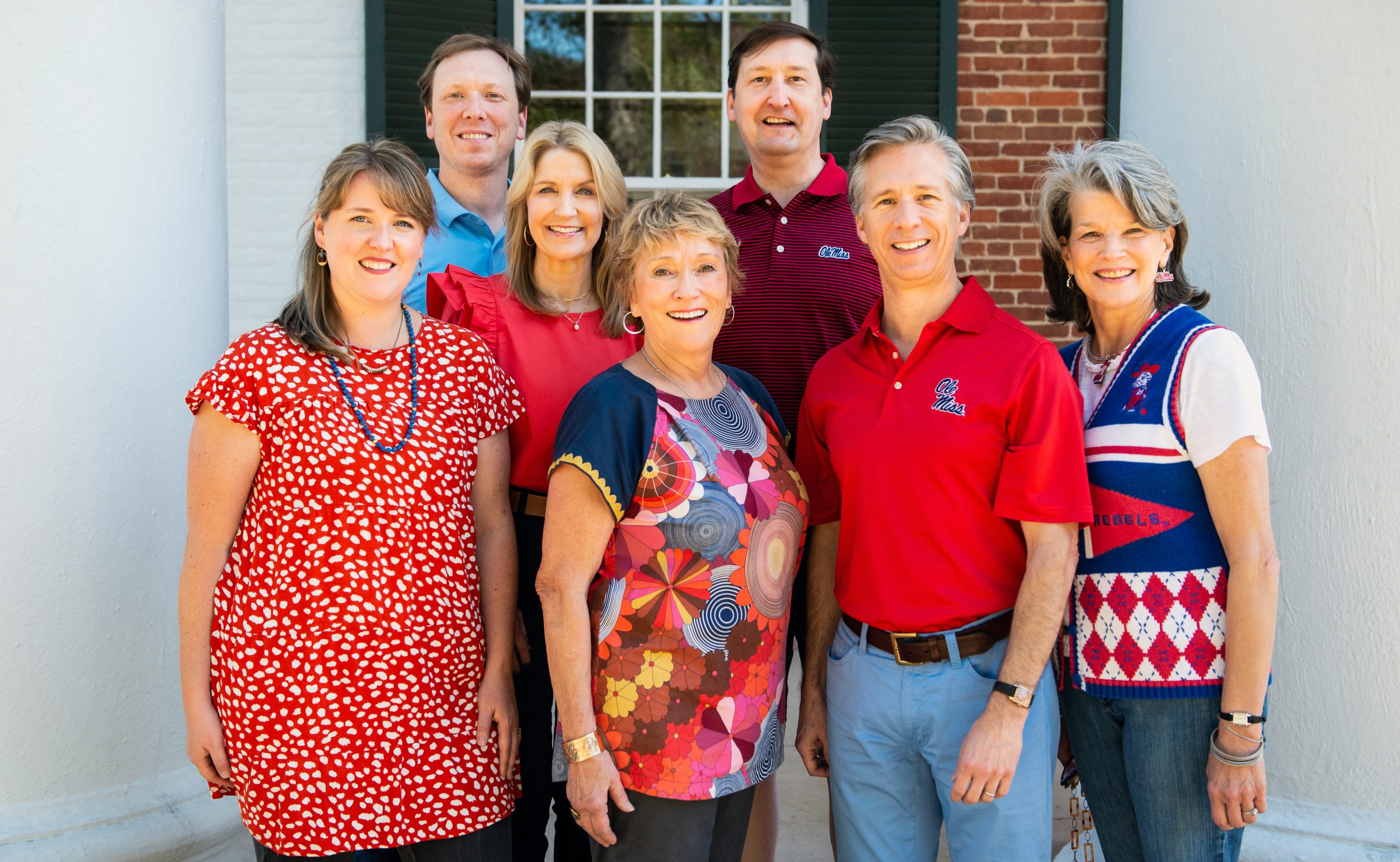 The late Roger M. Flynt Jr. loved the University of Mississippi and its law school, crediting his education there for much of his enduring success.

As a testament to his life, his wife, Gaye Flynt of Oxford, Mississippi, has established the Roger Flynt Memorial Law Endowment. The endowment is unrestricted, meaning it can be used at the dean’s discretion.

“I have so much confidence in Susan and Suzette that I think they’ll use this gift where it will do the most good,” Flynt said, referring to Law School Dean Susan Duncan and Senior Development Officer Suzette Matthews. “I just want Roger’s name to be in the law school’s annals, showing his recognition of the law school’s contribution to his success and that he gave back to his alma mater. And I believe there will be generations of students who will benefit from it.

“There may be something 20 years from now that needs funding — something that would really make this law school better or assist a student — and because the gift is unrestricted, the leadership can use the funds to support those unspecified needs,” she continued. “However it’s used would make Roger very happy.”

“While Roger Flynt was instrumental in shaping the law school as it stands today, his family’s gift will help us shape its future,” the dean said. “On behalf of the School of Law, we are thrilled that Gaye established this unrestricted endowment, allowing us the flexibility to support the school and our students in areas of most need.”

A native of Meridian, Mississippi, he was an Eagle Scout, member of the Boy Scout’s Order of the Arrow and a graduate of Baylor School in Chattanooga, Tennessee. After high school, he entered Baylor University on a football scholarship, staying only a year because in his words, “I was small, but slow,” his wife recalled.

Flynt then transferred to Ole Miss, where he joined Phi Delta Theta fraternity and was proud to be twice-elected social chair, during which time he established Ivy League, the fraternity’s annual fall party. All three of his sons — Mayo, John and Russell — were “brothers in the bond” of Phi Delta Theta and actively carried on the Ivy League tradition.

“Ole Miss was one of the great interests and joys of my father’s life,” said Mayo Flynt of Jackson, Mississippi.

In addition to philanthropically supporting the university and the law school, the senior Flynt served as president of the Law Alumni Association and the University of Mississippi Foundation. He served on numerous committees and was honored to be inducted into the Lamar Order as well as the Ole Miss Alumni Association Hall of Fame.

After earning a bachelor’s degree in business administration in 1962, Flynt enrolled in the law school where he served as a member of the Law Review and graduated with a juris doctor degree in 1964. He then joined the law firm Heidelberg & Woodliff in Jackson.

“A few years later, he returned to Oxford to what he said was the most fun job he ever had, being an Assistant U.S. Attorney,” said John Flynt of Jackson. “He, along with his life-long friends Grady Jolly and Mickey McGuire, believed they stood between the good citizens of North Mississippi and various bank robbers, bootleggers and counterfeiters.”

Russell Flynt recalled a story the family has always cherished: “One of dad’s most famous witnesses was the renowned Tennessee sheriff Buford T. Pusser, who instructed him during witness preparation, ‘Son, just put me on the stand and get out of the way!’”

In 1968, Roger Flynt joined the South Central Bell legal team in Birmingham, Alabama, beginning a 30-plus year legal and external affairs career with AT&T and then BellSouth. In 1973, he returned to Jackson as South Central Bell’s general attorney for Mississippi and was involved in legal and regulatory matters resulting from the U.S. government’s break-up of “Ma Bell” AT&T, leading to the formation of BellSouth. It was during these years, Gaye Flynt said, that the couple met and fell in love; they married in 1975.

Returning to Birmingham in 1983, Flynt served as associate general counsel for South Central Bell before being promoted to state president for Mississippi and elected an officer of BellSouth, prompting a move back to Jackson. There, he served as president of the Jackson Symphony Orchestra, Chamber of Commerce, Mississippi Museum of Art and the Federal Bar Association for Mississippi. He also served on the Board of Directors for Trustmark National Bank.

After serving as general counsel for BellSouth in Atlanta, he retired in 1998 as executive vice president for external affairs where he oversaw all regulatory matters for the company. At the time of his retirement, he was president-elect of the United States Telephone Association.

“Throughout his career, Dad enjoyed many friendships and unique experiences, such as running with the Olympic Torch for the 1996 Atlanta Games,” said Mary Kathryn Flynt Wallace of Cincinnati, Ohio. “This was surprising to his friends who had previously only ever seen him run from the Grove to Vaught-Hemingway to make kickoff!”

Gaye Flynt said her husband enjoyed “traveling, all things Ole Miss, bird watching and, curiously, bird hunting. More importantly, he most enjoyed spending time with those he loved. One of his dearest friends, Grady Jolly, told us, ‘No one surpassed Roger in love and loyalty to his friends and family. He was a kind, gentle, virtuous and happy man who was also hard-working and ambitious, as his record of achievement indicates.’”

“He was known for his storytelling, wit and sense of humor,” she continued. “He was a generous man and many observed that he was a true southern gentleman and a class act.”

Gaye Flynt’ gift is part of Now & Ever: The Campaign for Ole Miss, a historic campaign to raise $1.5 billion. Funds raised through the campaign will support the campaign’s four pillars: building leadership, empowering academic excellence, fueling research and innovation, and creating economic opportunity.

Individuals and organizations can make gifts to the Roger Flynt Memorial Law Endowment by sending a check with the designation noted in the memo line to the University of Mississippi Foundation, 406 University Ave., Oxford, MS 38655; or online at https://nowandever.olemiss.edu.

For more information on supporting the UM School of Law, contact Suzette Matthews at suzette@olemiss.edu or 601-937-1497.

By Bill Dabney/UM Foundation and the Flynt family