WHERE HUMAN SCIENCE AND SERVICE INTERSECT

At the heart of the University of Mississippi’s School of Applied Sciences is the mission to learn, lead and serve.

The School of Applied Sciences (SAS) seeks nothing less than to address relevant and pressing societal challenges by preparing students to learn, lead and serve – now and ever. The SAS’s integration of academic study, clinical training, groundbreaking research, service learning and community outreach develops leaders whose professional endeavors improve health, education, quality of life, and well-being.

Give to Applied Sciences 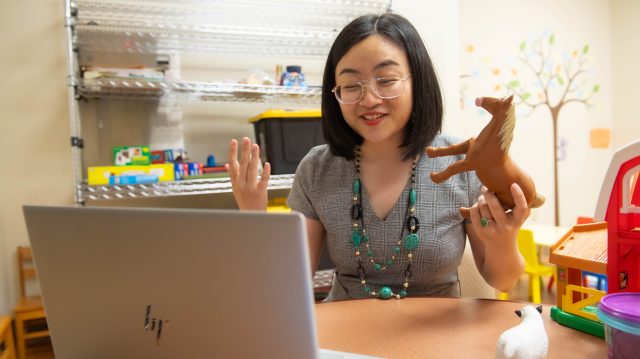 Less than 2.5 miles from the center of the University of Mississippi’s Oxford campus, is the South Oxford Center. The former site of Baptist Memorial Hospital – North Mississippi, the property was purchased by the UM in 2017 and consists of a nearly 485,000-square-foot building, a parking garage and additional parking lot space for faculty, staff, students and visitors.

We envision a day when the South Oxford Center becomes a vibrant learning lab that invites the public to partner with us as we connect human science and service. Now and Ever: The Campaign for Ole Miss will fuel this vision for the space and propel integrative work that bridges our academic, clinical, research, and community service programs.

Housing a newly expanded home for UM’s nationally recognized pre-school, the Willie Price Lab School, in the same building as the HILL speech and language clinic, and the Institute for Child Nutrition will create a platform for researchers to build brighter futures for children, especially those with special needs.

We will also strengthen the food and hospitability industry, address issues of food insecurity, fuel entrepreneurial ideas, increase athletic performance and improve health through nutrition with a multipurpose culinary center that actively engages students in preparing meals, testing new concepts, and forging collaborations with the food, hospitality and tourism industries.

We will fuel more discoveries with new, innovative lab space that brings our SAS researchers together, igniting the power of cross-discipline collaboration. The daily discoveries made in this environment can be brought to the world. For example, studies have shown that anywhere from 50 to over 80% of children on the autism spectrum exhibit selective eating, food refusal, and/or limited food acceptance. The Institute for Child Nutrition’s applied research, education, training, and technical assistance could be expanded to assist the thousands of children nationwide.

This vision for the South Oxford Center, funded by your support for Now and Ever: The Campaign for Ole Miss, will accelerate a powerful intersection of knowledge and experiences that produces graduates who are ready to lead in impacting Mississippi, the surrounding region, and the world. 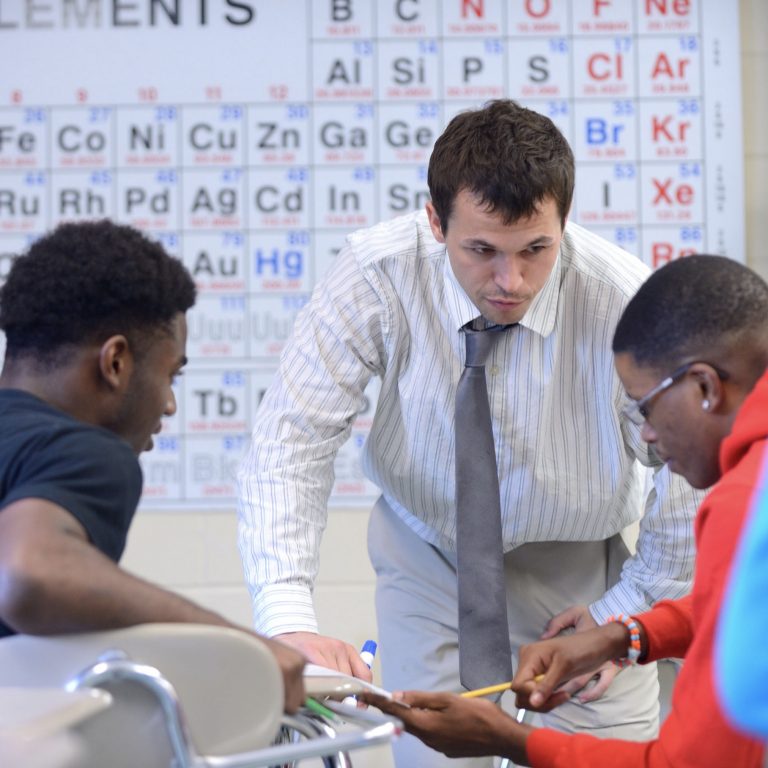 Living Learning Community: We know that Living Learning Communities increase student success and prepare better citizens who are actively engaged in their communities. The first planned SAS Living Learning Community (LLC) will build a strong sense of belonging and increase retention of students – especially students who lacked the resources to fully prepare for college. Planned for Fall of 2022, the LLC will provide a contemporary residential environment that fosters academic and social success for students studying health and human sciences. Participating students will become a part of a community that offers additional interactions with academic mentors and advising staff, added social programs or community events, and an opportunity to serve others all from their residence hall. Students in the LLC may receive financial assistance and discounted housing. In return, all students will be asked to find a way to “give back” by mentoring or recruiting other students and participating in community engagement activities.

Scholarships: Many students – especially first-generation students, non-traditional working students, and those with families – increasingly need assistance to begin and complete their degrees. Now and Ever: The Campaign for Ole Miss will provide the necessary financial assistance to ensure that talented students wishing to pursue an Applied Science degree will have access to need-based scholarships, assistantships, and fellowships. Scholarships do more than remove financial barriers. Scholarships create access to an education and allow students to achieve great personal and professional accomplishments. 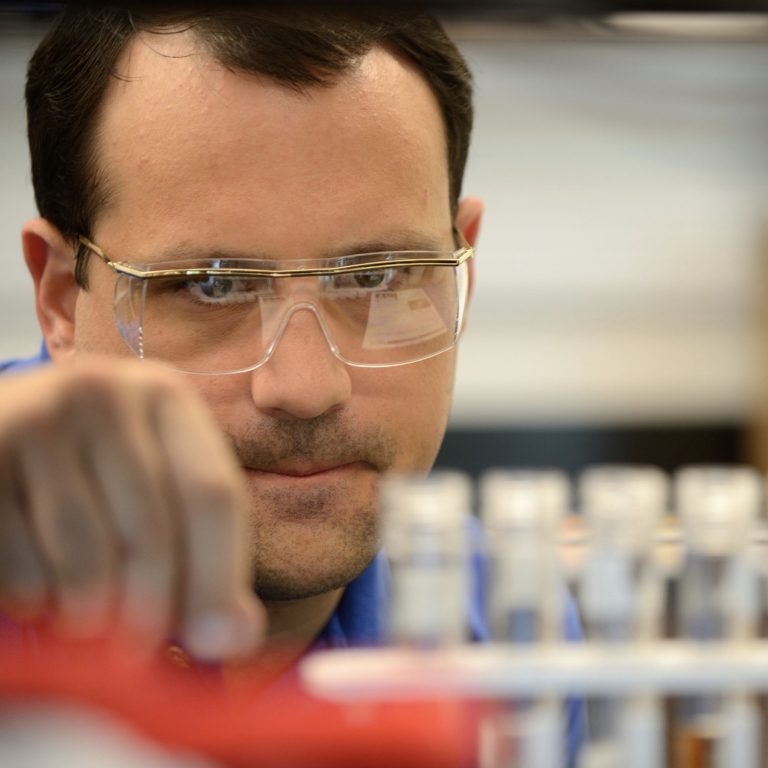 Our faculty share their vast knowledge with our students, fuel a love of learning and contribute to our understanding of how to live better, fuller lives. SAS faculty and staff conduct innovative research and drive clinical programs that enhance communities. They ignite passion for public service and develop leaders. Dedicated professors define the university’s academic reputation and lead the research, teaching, and service that can improve lives and communities.

Now and Ever: The Campaign for Ole Miss will strengthen our faculty resources to ensure that SAS attracts and retains much sought-after faculty well into the future and advances our deep commitment to a diverse academic community. Faculty support will also enhance our collaborative public-health work throughout Mississippi. 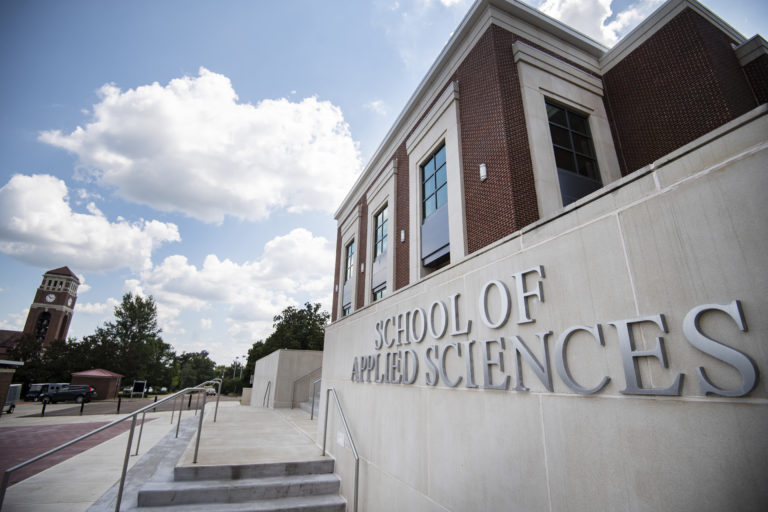 Center for Evidence-Based Policing and Reform

The new Center for Evidence-Based Policing and Reform at the University of Mississippi — the only one of its kind in Mississippi and one of a few in the nation — was created to build relationships and share research data with policing agencies and enhance the preparation of Ole Miss undergraduate and graduate students in criminal justice. Current tragic events and strained relations between police and communities point to the need for evidence-based reform.

Likewise, according to an NPR report, police workplace morale has suffered and some officers are choosing to retire or resign: “A June survey of nearly 200 departments by the Police Executive Research Forum, a nonprofit think tank, shows a startling 45% increase in the retirement rate and a nearly 20% increase in resignations in 2020-21 compared to the previous year.” This comes as shooting and murder rates increase.

Actor Morgan Freeman and criminal justice and legal studies professor Linda Keena want to make a positive impact on this challenge. By providing a 2021 gift of $1 million as seed money for the Center, they put the University on the path to becoming a pioneer in the field for evidence-based policing.

“The sole agenda in launching this Center is to be a resource through science and data vital to police and other law enforcement officials,” said Wesley G. Jennings, chair of the Department of Criminal Justice and Legal Studies and director of the Center, recognized as the No. 1 criminologist in the world by the Journal of Criminal Justice Education.

The Department of Criminal Justice and Legal Studies, which is part of UM’s School of Applied Sciences, established primary goals including:

Already, the Center is developing the curriculum for a graduate certificate on evidence-based policing, building networks and connections in the law enforcement community, supporting community-engaged research and brainstorming ideas with members of the School of Applied Sciences Advisory Board around the “grand challenge” of evidence-based policing.

Private support is being sought for faculty, scholarships, fellowships, travel funds and more.

“Interest exists on all sides — police, citizens and policymakers — to see an infusion of evidence-based practices into policing. While police relations with certain segments of the community have historically been tenuous and strained at times, the source of this mistrust and fear has never been more nationally and internationally recognized. It will take all of us working together to find solutions to this challenge,” Jennings said.

“It is important to understand that the goals of this Center certainly cannot be realized overnight but will happen as a result of a collective, focused and evidence-based approach and commitment,” the chair and director continued. “Success will occur when there is effective and genuine buy-in from all stakeholders, and one of my critical tasks will be to foster these relationships.”